Although video games have only been around for a few decades, they've become a staple of modern entertainment. Millions, if not billions, of people are playing video games at this very moment. But, despite the fact that they are so ingrained in our culture, there are many rumors, stigmas, and untruths being spread about video games.

Though hardly alone in this venture, this website aims to explain what's really found in video games, and explore the subject from a Christian perspective. That said, while there are many consoles and platforms available today, this site focuses on PC gaming -- ie, playing video games on your home computer. Some of these games may be available for other systems, some may not.

Don't know where to begin? Have a look at the resources on the menu to left, or alternatively, start with the review or glossary entry highlighted below.

Recommended Game of the Day

Bullet Hell
This is a subgenre of Shoot 'em Up games that isn't really suited for casual gamers. The main difference between a Bullet Hell game and a Shoot 'em Up is the number of enemy bullets on screen at any one time. As you can probably guess, there are a LOT more bullets coming at you in Bullet Hell games. Thankfully, to compensate for the increased difficulty, your hitbox is also much smaller than usual, allowing you to get closer to enemy fire without actually being hit.

For a mild example of the difference between a normal Shoot 'em Up and a Bullet Hell game, see the following image. 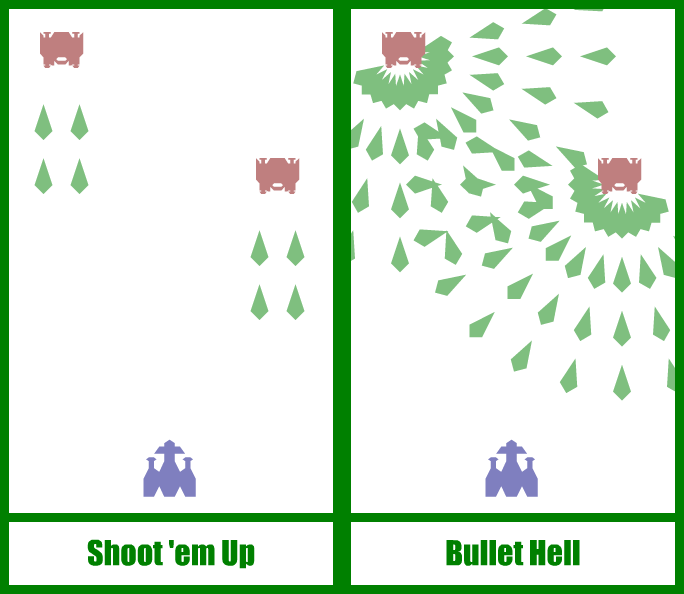