Who is the ESRB?

The Entertainment Software Ratings Board, or ESRB for short, is a regulatory body that examines video games and assigns them age and content ratings, similar to ratings you'll find on movies or TV shows. These ratings are designed to help people make informed choices about the games they're buying.

Now, developers aren't legally required to have their software rated by the ESRB. It's usually a good idea though, as retail stores don't like to carry unrated titles. Online distributors aren't as picky, so video games that are only sold via online marketplaces can afford to go without an official rating.

Unfortunately, there is a serious problem with the ESRB's rating system: it's only helpful if people know it exists and how to use it. To many people, the rating information is just another unfamiliar graphic in a sea of unfamiliar symbols and logos. Hopefully, this page will help you understand what graphics to look for, what they mean, and how to use them to avoid some nasty surprises.

How do their ratings work?

The ESRB's rating system comes in two parts. The first part is a letter grade that shows a reasonable age range for the game in question -- in other words, it's a rating like you would find on a movie, though the letters are not the same. To help bridge the gap, the graphics for each letter grade also display their meaning in smaller text at the top of the graphic.

The second part of the rating is a short list of what are known as "content descriptors". These are short phrases that indicate what sort of content the ESRB found while reviewing the title. Together, this allows the ESRB to make it very clear what sort of game you're looking at.

Here is a quick overview of the current ratings.

Where can I find their rating for a game?

On a physical product, the ESRB's rating can usually be found in the lower left corner of the game's packaging, and you may also see it on the game's disc or cartridge label. This placement is not standardized, though it should be somewhere on the front cover. Content descriptors, on the other hand, are usually placed on the back of the box. Both of these fields have a distinctive black and white appearance which allows them to stand out from the game's artwork. 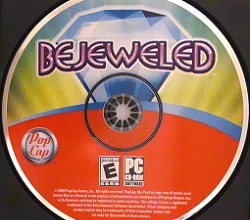 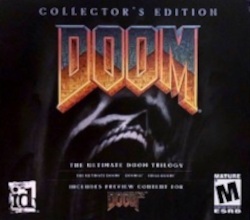 In the picture on the left, you can see the ESRB's E rating on the game's CD.
On the right, the M rating can be seen in the lower right of the game's packaging.

Finding the ESRB rating can be a little trickier when you're shopping online, as every marketplace has their own layout. If you can see a picture of the game's box, then you should be able to spot the rating in the lower left like normal. Otherwise, you may need to skim the page to find it. The graphics will be the same black and white boxes that you'd see on the packaging, so it's just a matter of figuring out where to look.

Some online stores also display a game's official trailer on the game's store page. These trailers often start with the game's ESRB rating, making it very easy to find.

Of course, you can check for the game on the ESRB's official website, ESRB.org

. They have a search tool that allows you to look up their rating for any video game they've evaluated.

The ESRB has been around for over thirty years, and over time, it has revised and refined their rating system. This has led to the discontinuation of at least three ratings. These obsolete ratings are eC, K, and KA. They once stood for "Early Childhood", "Kids", and "Kids to Adults", respectively. Today, these have been replaced by the more straightforward E and E10+ ratings.

Are the ESRB's ratings trustworthy?

An important thing to remember about any group like the ESRB is that they are looking for specific things when they evaluate games. This criteria may or may not reflect everything that parents may be concerned about, and there are some things that the ESRB simply doesn't look for (such as content that may be objectionable to certain religions). This is the case for any reviewer, including myself. Thus, we need to keep in mind that any rating system is going to be imperfect.

It's also worth mentioning that the ESRB doesn't include interactions between players in their assessments. This means that you can't rely on their warnings to indicate whether or not a game's playerbase has a problem with bullying or harassment, both of which are known issues with online gaming. If you really want to be safe, only play games with people you know.

All in all, I'm not aware of any major scandals involving the ESRB's ratings, and I'd recommend using their ratings as a guideline. Overall, they've done an excellent job indicating the sort of content games contain, and considering the large number of games they review each year, it's definitely commendable that they haven't made any noteworthy mistakes.