This is one of three standard control schemes for video games. It's particularly popular for games using a first person or third person viewpoint, like First Person Shooters. 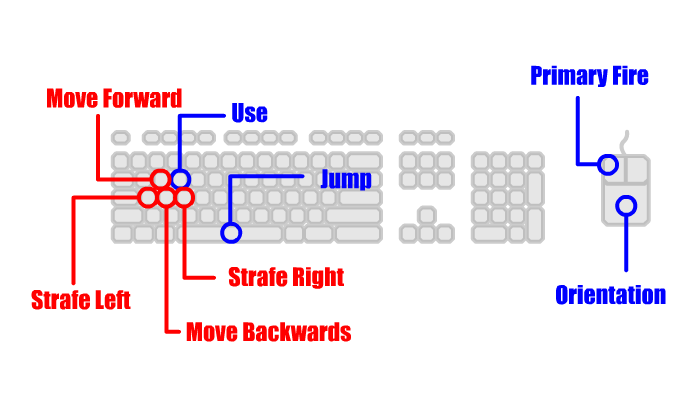 In this control scheme, the player uses the mouse to control where they are facing and the W, A, S, and D keys to move around. This also allows the player to use the left mouse button for the primary action (usually firing their weapon) and the E key to perform a general action (such as opening a door). In games that allow the player to jump, the space bar is usually the jump key.

It might be worth pointing out that the A and D keys have you strafe* rather than turn. Strafing* is often vital for dodging an enemy's* attack, so having the keys for it right under your fingertips makes it very easy to do at a moment's notice.

Aside from the numerous keys (and therefore many actions) available, this arrangement is very ergonomic for right-handed players. Try it for yourself: rest your left hand on the WASD keys and space bar, while your right hand is on the mouse.

On a humorous note, it's also a good way to spot when someone is pretending to be a gamer. Yes, people actually do take pictures of themselves "playing" games in hopes of getting extra attention on social media*.