A command line (sometimes called a "console" or "command prompt") is a special text only interface* that most operating systems* have hidden away somewhere. These interfaces work by having the user enter a single command and then hit ENTER to execute it. In other words, each command is entered on its own line. 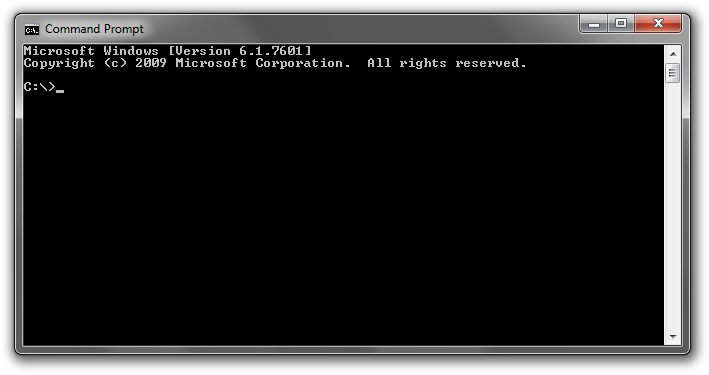 The command line window from Windows 7

Note that while doing things on the command line can be easier than doing them using other tools, it's not really something a novice should be playing with. The command line expects the user to know what they are doing, and several commands can really damage your system or your documents.